Kaveh Farrokh is winner of the “Best History Book of 2008” (under WAALM’s category of Literature). The award was for  Kaveh Farrokh’s: 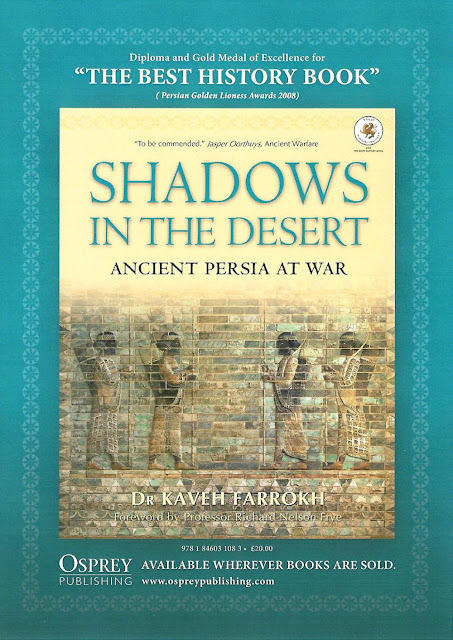 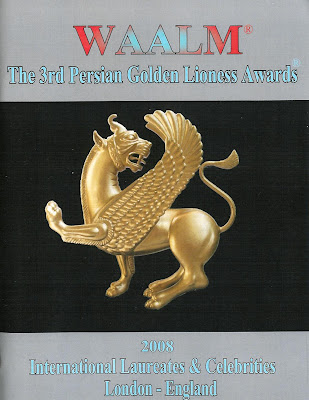 The award granted is the Persian Golden Lioness statuette OR Diploma & Gold Medal of Excellence. For a full introduction to WAALM and the events please consult the widely consulted Persian Mirror magazine.
The awards for 2008 were granted on October 31st , 2008. The collage of highly distinguished winners in WAALM’s 2008 were:
Shadows in the Desert has been reviewed in peer-reviewed journals such as:
Shadows in the Desert has also received praise by the following world-class academics (for more information, kindly click here): 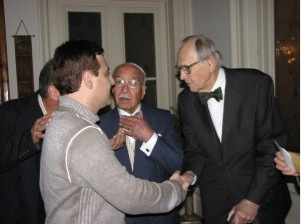 Meeting the Doyens of Iranian Studies: Farrokh greets Professor Emeritus Richard Nelson Frye of Harvard University (shaking hands with Farrokh) and world-renowned Iranologist, Dr. Farhang Mehr (at center), winner of the 2010 Merit and Scholarship award (photo from Persian American Society,March 1, 2008).  As noted by Mafie, Professor Frye of Harvard University wrote the foreword of Farrokh’s text stating that “…Dr. Kaveh Farrokh has given us the Persian side of the picture as opposed to the Greek and Roman viewpoint …it is refreshing to see the other perspective, and Dr. Farrokh sheds light on many Persian institutions in this history…” (consult Mafie, 2010, pp.2).
Shadows in the Desert has been cited:
Farrokh has been interviewed regarding Shadows in the Desert by:
Farrokh at the WAALM ceremonies of November 2008. Prior to his speech at the WAALM event, the sponsors noted in their introduction of Kaveh Farrokh that one of the reasons why Shadows in the Desert was nominated for this prize was because the text has been found to be “…unbiased, and supported by proof and credentials…”. This evaluation is based on the collective decision by a 14-member panel of world-class academics of Iranian Studies. 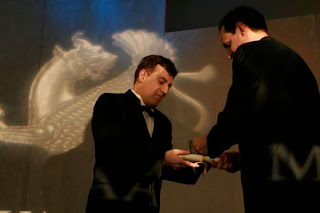 Farrokh receiving the Golden Persian Lioness Award for “Best History Book of 2008″ from Michael Gayle (Political Section-Iran Affairs) of the U.S. Embassy in London) on October 31st, 2008 in London.

Shadows in the Desert has been translated into Persian and Russian.

Following the award ceremonies, Farrokh, Eric Jerpe and Ren Hakim engaged in a book signing session. Each of these WAALM awardees signed a total of 29 books to commemorate the peaceful arrival of Cyrus the Great (575-530 BC) to Babylon on October 29th, 543 BC, and his proclamation of support and respect for the religious and cultural freedoms of the diverse peoples of the empire such as the Jews and the Babylonians. 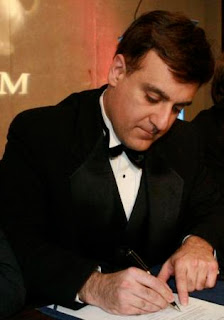 Farrokh at the WAALM event in London on October 31st 2008.

Posted by Brenda Shapiron at 15:06

Email ThisBlogThis!Share to TwitterShare to FacebookShare to Pinterest
Home